The Firm ALTEREGAL is composed by both French and Italian business lawyers and responds to the legal needs of the companies operating domestically and internationally, particularly between Italy and France.

The lawyers of ALTEREGAL provide a tailor-made assistance that is attentive to the specific needs of each client with high standard quality, speed of execution and focus on the practical solutions.

The Firm combines the essential legal expertise with know-how acquired over time throughout first-class business experience.

Alteregal has been enlisted by Forbes Italia among the 100 Law Firm excellences of 2021, in the Foreign Law Firm category, as well as among the top 50 Italian Law Firms ranked by the Top Legal guide 2021, in the “Civil Litigation and Arbitration” field, and particularly in the field of “Commercial Contract Law”.

The founding partners of ALTEREGAL have twenty years of experience in international legal advice and assistance to industrial, commercial and service companies operating in Italy, France and at cross-border level.

ALTEREGAL advises its clients in the creation, development and restructuring phases of their international activities, by offering a unique practical and theoretical knowledge of corporate, commercial and labour law transactions and issues.

The clients of the Firm are corporate groups and companies operating at a national and international level in the following industries:

The team is composed exclusively of professionals with an academic background and professional experience in the international field, with particular reference to the Italian-French sector, capable of working indifferently in both legal systems and in languages. 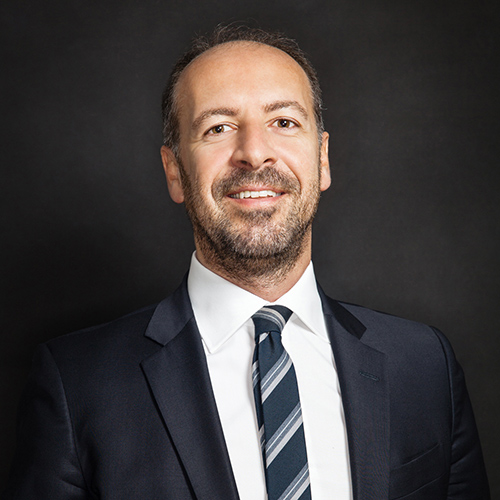 Alberto Rodi was admitted to the Milan Bar in 2003 and to the Paris Bar in 2006 (first at the Lyon Bar and, since 2012, at the Paris Bar). In 2007 he obtained a specialization certificate granted by the French Conseil National des Barreaux in international and European Union law and he is qualified to practise before the Italian Supreme Court and the Higher Courts.

He mainly practices in the field of litigation, arbitration and international agreements related to the relationships between Italy and France for companies and corporate groups present in both countries. He usually deals with particular issues related to conflict of applicable law and jurisdiction, resolved by applying the international conventions, the EU regulations and the domestic laws.

He also assists his clients in the context of Insolvency proceedings in Italy and France, with particular reference to cross-border insolvency proceedings ruled by the (UE) n 848/2015 Regulation, with assignments often coming from the Bankruptcy Sections of several Italian Courts.

He is a member of the “Europe Group” of the Civil Justice Observatory of the Court of Milan and of S.i.s.co. (Italian Association for Bankruptcy Law Studies), taking part in numerous conferences as an expert of French an EU insolvency law.

In 2019 and 2021 Alberto Rodi has been listed in the Top Legal guide as one of the 25 best Italian lawyers in the category “Civil Litigation and Arbitration – Commercial Contract Law”.

He practices in French, Italian and English. 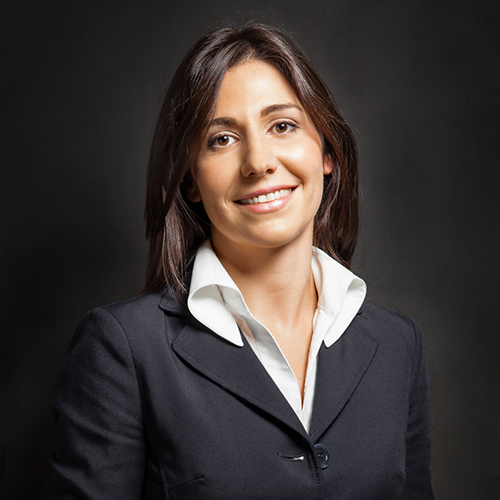 Vanessa Carnino, a lawyer with dual Italian and French nationality, is in charge of the Turin Firm office. She was admitted to the Turin Bar in 2007 and to the Paris Bar in 2012.

She practices in civil, commercial and corporate law, mainly in the field of international relations between Italy and France, as well as in the national law of both countries.

She provides legal assistance to French investments in Italy and Italian investments in France, in the context of extraordinary transactions and takeovers of industrial sites, and she provides support in the incorporation of companies and in the preparation of boards of directors and shareholders’ meetings.

She also works in the field of international agreements and of commercial and civil litigation before the Italian and French Courts, in occasion of proceedings often implying issues concerning conflicts of laws and jurisdiction, as well as in the enforcement of judicial decisions of one of the above mentioned member state in the other.

She is a member of the International Affairs Commission of the Bar Association of Turin and of the Lawyers Association Piemonte Savoia.

She practices in French and Italian. 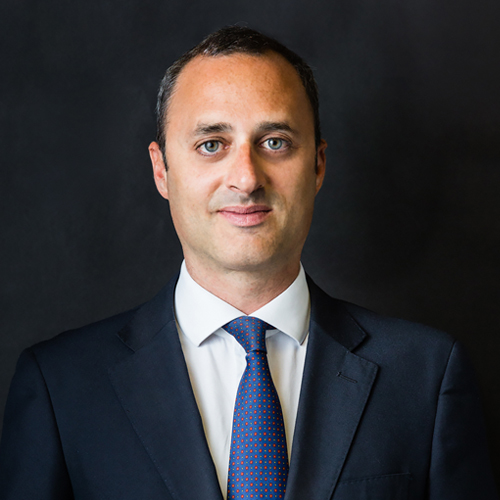 Partner
Attorney at the Milan Bar

Iacopo Aliverti Piuri is member of the Milan Bar since 2006.

He is specialized in labour and social security law. He has been operating in this sector for more than 15 years assisting Italian and multinational group companies as well as individuals, mostly top managers or executives.

He provides labour law assistance to his clients in all the Italian employment issues related to day by day management of the employment, consultancy and agency relationships, from their beginning to their termination.

He also assists his clients in all the Italian employment issues connected to companies’ restructuring and reorganization, with particular focus on individual and collective dismissals and transfers of business or part of it.

He also assists his clients in the Italian labour proceedings before the Italian Labour Courts.

He is member of the labour lawyers’ association (AGI).

He practices in Italian, French and English. 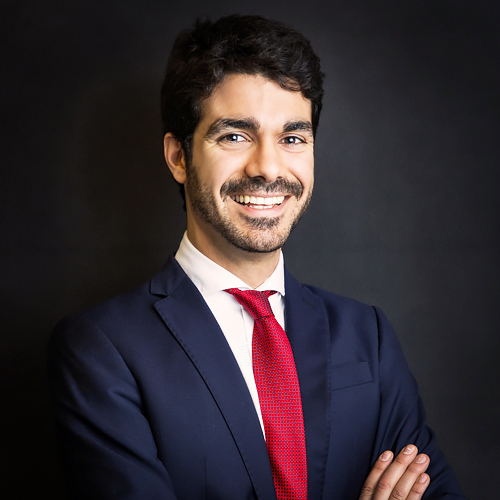 Giulio Mirulla is member of the Milan Bar since 2022 and he practices primarily in the field of litigation, corporate and commercial law.

He graduated with honour at the Faculty of Law of the University of Milan in 2017.

In 2016 he attended a research programme at University of Strasbourg for the drafting of his thesis entitled “The participation of the company to the criminal proceedings in Italy and France”. In 2015 he attended the University of Montpellier within the context of the the Erasmus project.

He is member of the young lawyers’ association of Milan (AGAM).

He practices in Italian, French and English. 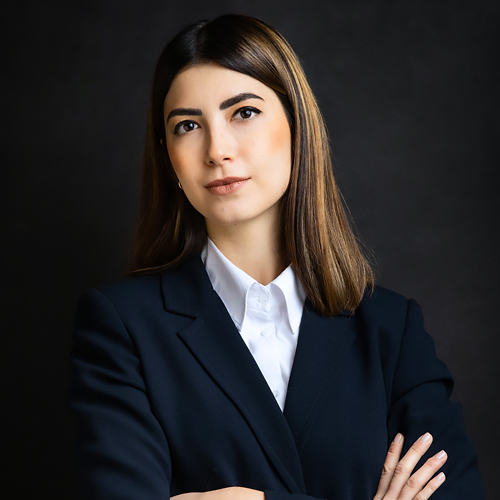 Chiara Idda is member of the Milan Bar since 2022 and he practices primarily in the field of litigation, corporate and commercial law.

She graduated with full marks in Law at the Sassari University in 2017.

In 2014 she studied at Poitiers University, joining the exchange program of Erasmus Plus project, and in 2016 she took part in a research project at Rouen Normandy University.

She works in Italian, French and English. 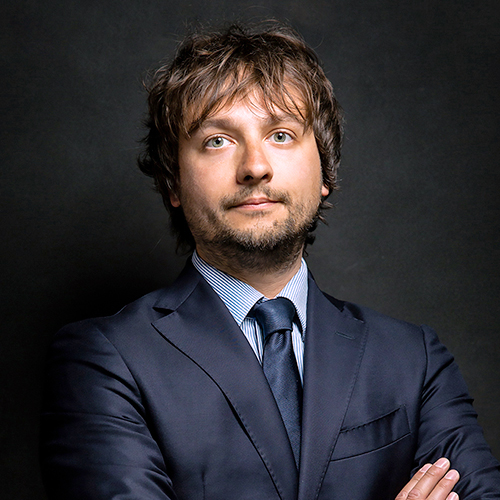 Paolo Della Noce was admitted to the Milan Bar in 2009.

He collaborates with the Firm in corporate criminal law, either in relation to legal assistance in proceedings involving Italian and foreign companies or board members, and to the extrajudicial advisory in corporate criminal law, tax, insolvency, environmental and communication law, medical and professional liability, workplace health and safety and food hygiene and safety, corporate administrative liability.

He practices in Italian and English. 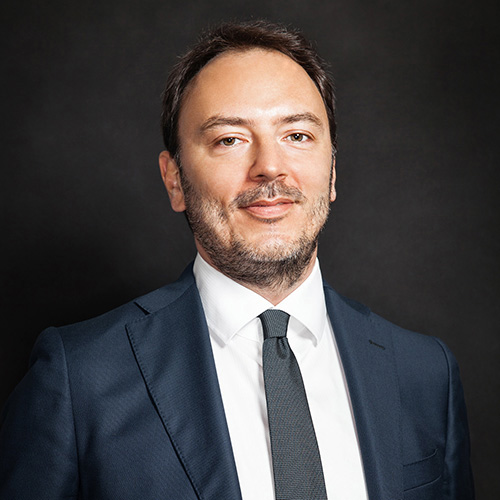 Maximilien Gaslini has a dual nationality both Italian and French. He was admitted to the Paris bar in 2000 and to the Milan bar in 2003. For twenty years he has been advising Italian companies in their projects and business in France.

He mainly practices in the field of corporate law and restructuring, extraordinary transactions, employment law, trade agreements and he took part in several transactions related to industrial groups in France and Europe.

He has developed a global expertise that allows him to offer clients an overview of the most complex transactions while taking care of the smallest details.

Maximilien Gaslini has collaborated with the Faculty of Law of the University of Milan in preparing and teaching in legal French courses. He is also a lecturer in French corporate law at NIBI- New International Business Institute (Promos – Milan Chamber of Commerce).

He is a frequent speaker at conferences and seminars on international corporate and employment law and he’s been granted of the Finance Monthly award ‘Deal Maker of the Year’ for the M&A transactions followed in 2017.

He practices in French, Italian and English. 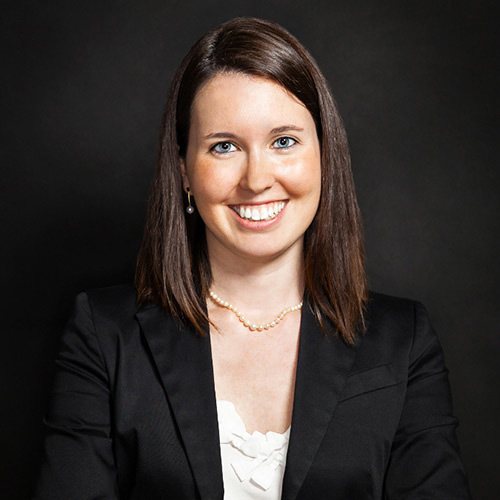 Angelica Bonazzi is member of the Milan Bar since 2016.

She has developed a remarkable experience in labour law, carrying out several due diligences related to acquisitions of French companies by Italian companies, dealing with risk assessment connected to employment law and collective labour law, assisting clients in their relationships with trade unions during the negotiation of collective company agreements and coordinating several reorganizations of French companies.

She advises Italian and French companies in day by day human resources consulting, contracts, intra-group secondments and provisions of services.

She graduated in Law at the University of Milan in 2012 with honours with a graduate labour law thesis entitled “Collective redundancy in Italian and French law”.

She collaborated with the Labour Law Institute of the University of Milan and in 2012 she received the Giuseppe Caro Prize for her undergraduate thesis on the human resources culture granted by the ISPER Foundation.

She practices in Italian and French. 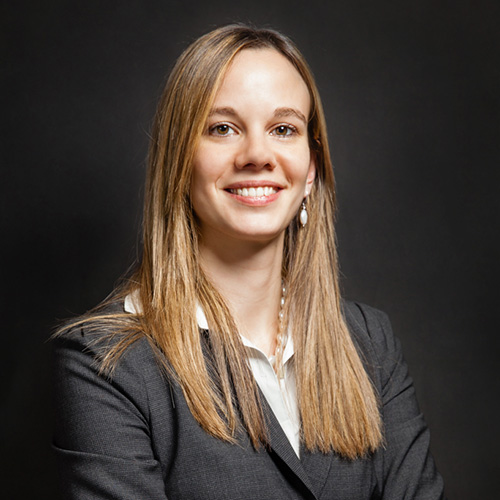 Laura Regazzoni is member of the Milan Bar since 2022.

She mainly practices in the field of transnational labour law supporting Italian groups of companies in the management of all labour law issues relating to French subsidiaries.

She assists clients in individual labour law, providing advice in the drafting, management and termination of employment contracts under French law, and in collective labour law, both on aspects involving relations with trade unions and assisting in the company reorganisation procedures with the resulting collective redundancies.

She also practices in the field of international mobility procedures for Italian companies seconding their employees in France in the context of intra-group secondments and provisions of services across the borders.

She graduated in Law at the University of Milan in 2011 with honours and she completed her education at the Labour Law Firm Toffoletto De Luca Tamajo in Milan before joining the firm in 2013.

She practices in Italian, French and English.

The founding partners permanently cooperate with several industry associations, Chambers of Commerce and professional associations in the field of consultancy related legal aspects and the processes of internationalisation of the companies.

The Firm is included in the official List of French-Speaking Lawyers of the French Consulate of Milan and of the General Italian Consulate of Paris and is also official member of the Solutions Team France Export – Italie of Business France (governmental agency for the international development of French enterprises) in order to accompany French enterprises in the creation of a business based in Italy.

You can find out more about which cookies we are using or switch them off in settings.

This website uses cookies so that we can provide you with the best user experience possible. Cookie information is stored in your browser and performs functions such as recognising you when you return to our website and helping our team to understand which sections of the website you find most interesting and useful.

Strictly Necessary Cookie should be enabled at all times so that we can save your preferences for cookie settings.

If you disable this cookie, we will not be able to save your preferences. This means that every time you visit this website you will need to enable or disable cookies again.